Metallica: Through The Never, the new soundtrack release.

There will be a soundtrack to the upcoming 3D film release Metallica Through The Never, released on our very own label, Blackened Recordings. Look for the digital release and the two CD set to be available on September 24 with vinyl in both 33 1/3 RPM and a special limited, numbered deluxe 45 RPM versions later this Fall. The soundtrack includes 15 songs recorded live in Edmonton and Vancouver in August of 2012 while we were filming the performance footage in the movie. 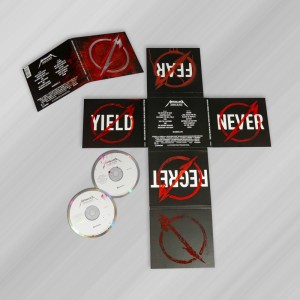