This is the size of the single vinyl (25,4 cm diameter), generally play at 45 rpm, but we can also find some playing at 78 rpm.
10 inch single have a small centre hole.

In sound recording an acetate disc is a reference audio disc used during production of a gramophone record (e.g. an LP record). The acetate disc is created as one of the initial stages of record production and used to determine how a given recording will transfer to disc. Listening to the disc provides a reference and allows various changes can be made to the recording, such as changing overall volume or adjusting bass and treble, to ensure it will transfer to record as well as possible before the master disc, from which the actual records will be reproduced, is created.
An acetate disc is actually usually an aluminium disc coated with nitrocellulose lacquer, most don’t contain any acetate at all.

A small hole that looks like a bb hole, that denotes a non-returnable record. If there is a record and cover involved it usually is through both. Sometimes the term CO or cutout is used for the same thing. Sometimes a punch hole was used to designate a promo.

Its a kind of paper belt around the cover of the record. Usually comes with vinyls, although its been seen also in chinese issues (bootlegs) First editions with this system are the Deluxe releases in vinyl from 2008.

This is an extra track which has been included in specific, limited edition or reissue. Usually it is for marketing purposes, in order to get the people buy it in addition to another issue with the same title. Bonus track is always listed in the credits.
In Japan this is a very usual practice. Import issues without bonus tracks are cheaper than standard japanese releases. That’s why in Japan they include bonus tracks, to make the issu more attractive to buyers.

This is the small book included in the CD, which is used also the cover.
Booklet typically contains the lyrics.

An illegal pressing of a record that was recorded at a concert and does not have the band or record company’s permission to do so. Can also be used to describe illegally pressed music from a company’s vaults that was acquired without the record company’s permission. The term was also used with 50s and 60s 45-rpm collectors as exact reproduction and forgery. Bootleg is also incorrectly and improperly used as a synonym of counterfeit and reproduction

Another type of packaging an item. It comes with a metal bucket, and contains, a part from the CD itself, other merchandise (DVD, T-shirts, VHS, keychains, etc…)

All Record Companies have a catalogue with all the issues they have edited. Every title and every format have a UNIQUE number that allows to distinguish between issues.
Every Record Company has its own system of cataloguing, and may differ from the system used by another Record Company.

1.- The outside cover of a record, usually a cardboard sleeve.
2.- The same song issued by another artist at about the same time as the first record. This was done to «cover up» or take away sales from the first record. Timeliness was important in issuing «cover» records. Many times in the 50s the «cover» record was by a white artist «covering» a song by a black artist or black group. If the white artist or group was successful, the black artist’s record either died, or did not sell very well outside R & B circles.

A cut out or removed portion of a record cover used to indicate that the price was reduced, or it was distributed to radio stations as a «promo» issue. A hole or holes in the cover or cut off corner can also be used. Also see BB hole

Another type of packaging, usually made of cardboard and it opens as a triptych.

It gives you information about the cover of the record (typically for vinyl, but also for CD)
Means that the cover is cut in a way that you can see the content, for example, the label of the record.
Most recent example is the cobver of the Death Magnetic.

This is the first production of a certain title, by the first record company.
We might have a USA first Edition, a European First Edition…
For example: Kill’Em All – Megaforce (EEUU) – Music For Nations (France)

An album cover, EP cover or Picture sleeve that opens up like a gate.
Sometimes it has records that fit in both open ends.

Another type of packaging.
This is the most common plastic box to hold the CD inside. The inlay tray can be transparent or not. We can differentiate:

This is the «playing record machine» you could find in Bars and Pubs in the 50´s and 60´s (less common later on). The first machines came up in USA in the 50’s to play the 7″ singles at 45 rpm, in exchange of a coin.
Today some might find this kind of machines for CD, but they are used more at private level (as furniture)
«Juke Box Single» is a single that was taken out of this player before being dismantled.

Generally speaking, this is the round shape sticker you can see in the centre of the vinyl record, which indicates where is the A-side and B-side (together with some other info, as the cat. nr., track list, record company, etc…)
Different variations or nominations: 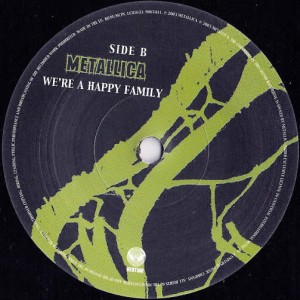 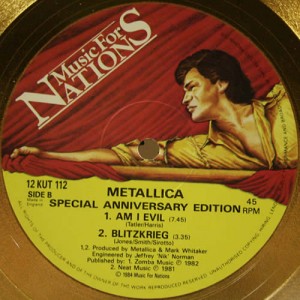 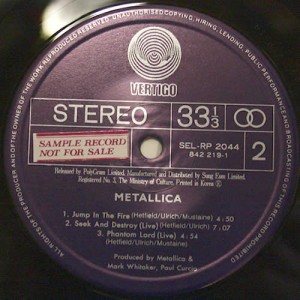 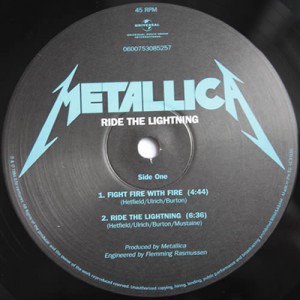 Very common in Japan.
It is a booklet or folded sheet, that comes additionally to the cover, with the lyrics translated into Japanese.

Unique number that appears in each dead side of the record, on every CD, on every DVD.
Unique identification code, that might content very much information.
Matrix Lumber deserves its own episode.

Item with labelling defects (A label on B side, double A label, wrong artist label, etc… 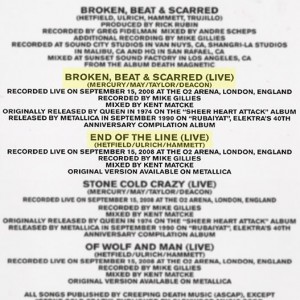 Printed portion of cardboard that is placed over the back of a cd case so that is also covered about 2 cm from the front and back sides of the case.
Very typical of Japan and some other Asian countries (China, Taiwan ..).
Basically used to display the item price (with and without fees), the list of songs in the language of the country, and data on the label and discography. 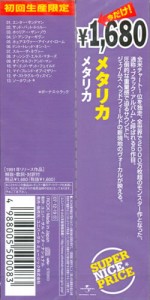 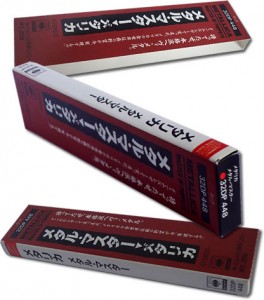 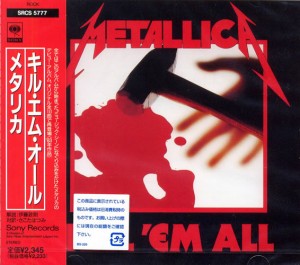 Vinyl record in which the vinyl itself has been coloured, with theme motifs. 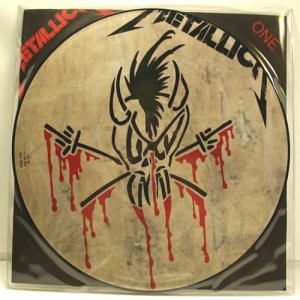 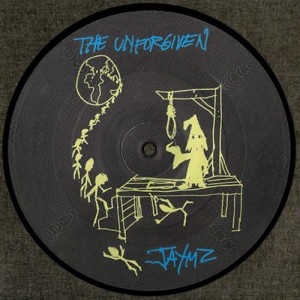 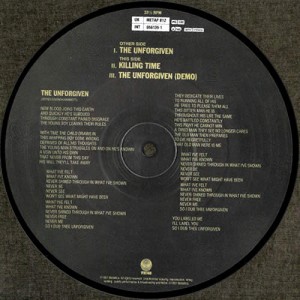 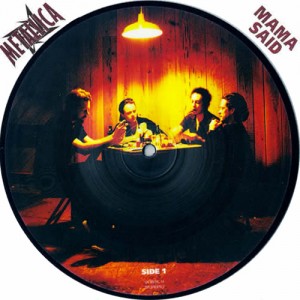 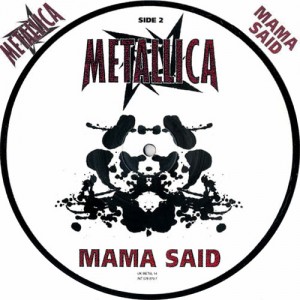 Can also be designated as DJ, Disc jockey, Audition, Not for sale, Preview copy, Demo, Demonstration copy. These were records that the labels are usually a different color than the regular issue and have these designations to show that these records were free or at a reduced price to DJs, radio stations, record reviewers and the like and that they cannot be returned for credit. These designations are part of the label from the factory or pressing plant. Most promos are of the white label variety. But some companies had different colors.

These records are used to send out to radio stations for air-play. After the promotional period, these must be returned to the record company, as they are property of.
Sale of these items is prohibited, but can reach values higher than the standard releases, because they are more scarce. 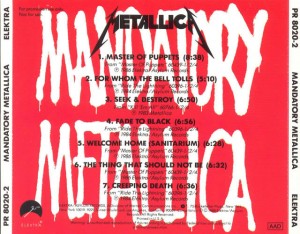 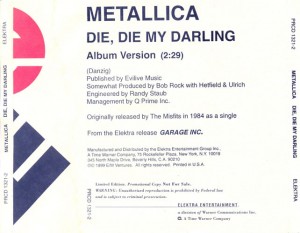 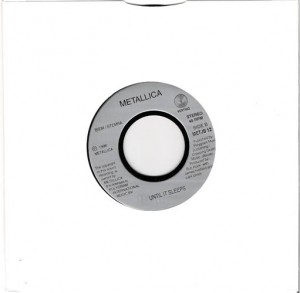 This term applies to:

This terms applies basically to vinyl covers. The spine of a record cover is the same as the spine of a book, but much more narrow.
The information included is casically the Band name, Title, catalogue number and/or record company.

These were copies of a record that were issued with the regular stock label but had «promo» or such designation stamped on the label after the fact.
This stamp can be numbered or not (like the Megaforce stamped promos) 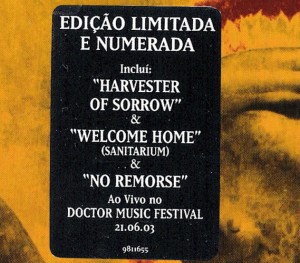 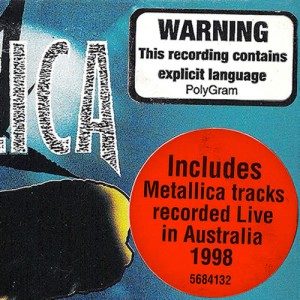 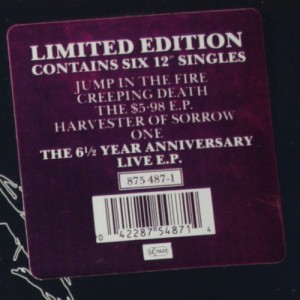 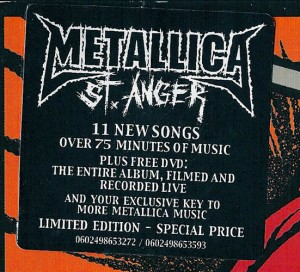 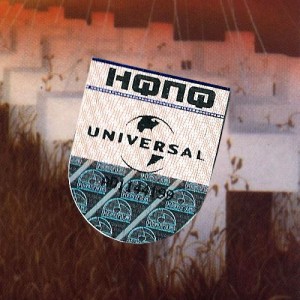 A «true» test pressing is sent back to the cutting engineer, producer and sometimes the perfomer, to confirm that the pressings will sound as intended. Most test pressings are really just early pressings, frequently without artwork of any kind, and they are serviced to whoever as early promo’s. In many cases this was done to rush the record out to radio stations to try and get immediate airplay before the complete label could be finished.

Value of a TestPressing is high, but not as high as the one of an Acetate.

Another type of packaging. It is also a metal bucket but with smaller dimensions.